Twenty hectares covered with secular woods and chestnut groves, in the uncontaminated heart of the Sila Piccola, where you can breathe the cleanest air in Europe. Here stands Fiego – Brigand farm at an altitude of one thousand meters and a few kilometers from Panettieri, a characteristic mountain village of three hundred inhabitants. In a landscape that varies from the yellow of the brooms in summer to the whiteness of the snow cover in winter. A valley that maintains the appearance of the past: green pastures and small cultivated plots, called “linze” by the locals. The recovery activity of the old buildings of the early twentieth century was the first step.

The business model is to make a product of strict orthodoxy. But the heart of this project is not found in the numbers of the business plan … it is a tribute to the memory of father Giovanni (expert in the dairy sector and, until his death, director of a professional institute for agriculture), who held enormously to this land and to the houses built by his grandfather.
To childhood memories linked to an uncontaminated nature that incredibly continues to be. Who knows if you can do business with poetry and memories, certainly they are massively present here. Roots firmly sunk in the past, branches reaching out towards the future.

The brigands were nothing more than guardians of the territory and of the people who lived there. Just like farmers are. They defended themselves and the villagers from the invaders and the injustices of the squires that otherwise would have gone unpunished. The adjective “brigantesca” is,...

The brigands were nothing more than guardians of the territory and of the people who lived there. Just like farmers... 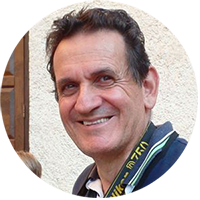 «What a good photographer must try to do is to put his heart, mind, and eye on the same line» (Henry Cartier-Bresson)

Mario Greco was born in 1954 in Castagna di Carlopoli, a center of the Sila Piccola of Catanzaro. In the early seventies, he studied in Catanzaro and discovered the magic of photography; but a boy of twenty years also needs to escape from his country: the occasion is the attendance of a photography course in Turin. He takes his shots to a photo agency and receives a few coins that initially allow him to pay rent and eat once a day … for lunch or dinner! In the evening he takes photos in the...

The brigands were nothing more than guardians of the territory and of the people who lived there. Just like farmers are. They defended themselves and the villagers from the invaders and the injustices of the squires that otherwise would have gone unpunished.

The adjective “brigantesca” is, therefore, a corporate philosophy: to be unstoppable in the face of difficulties, elusive (above all to bureaucracy!), combative when the situation requires it, loyal and alongside the weakest always. But it is, in particular, a tribute to a distant ancestor and famous brigand of the Sila, Giosafatte Talarico, trying to spread the memory of his mythical and unscrupulous deeds.

The brigands were nothing more than farmers who only wanted to be able to cultivate the land to ensure their families’ survival. The feudal character of the Calabrian lands (in particular of the inland mountain areas) was a real plague that exposed the weaker classes to endless exploitation. But you can escape the law, not the justice of the brigands. Giosafatte, born in the early 1800s and a native of Panettieri, found refuge and protection right in the woods amongst the peasants. Let’s get to know him better.

A man rich in contradictions: cultured, with a noble appearance, with a weakness for women, careful not to hurt children, the elderly and
animals but also ruthless with enemies.

The root of the word farm refers to the verb fare. And in the countryside, one cannot survive without doing anything physically. The closed economy of the past is the one rediscovered today in the concept of the supply chain. The idea is to recover the traditional dimension by combining it with the tools of modernity. The brigand name derives from a Celtic root that stands for altitude. The name Brigantes can, in fact, be linked to brig which means “high, high” and also “hill, high ground”. It is not clear whether the meaning was “high ones”, in the metaphorical sense of noble or “mountain” souls.

From whichever name the word “brigand” comes from, they certainly did not enjoy a good reputation over the centuries.

This is how Salvatore Piccoli describes it in his precious book “The legend of Giosafatte Brigante of Panettieri”: “His deeds are still told by old people with pride, with a particular light in their eyes. I spent long winter evenings by the fire place with some elderly who spoke of Giosafatte as if they were talking about the purest of heroes. Their stories, while tired of time, were still alive, marked by an ancient suggestion: the memory of Giosafatte lives in the collective memory like the justice man who avenged wrongs and defended the weak. Our people, oppressed, robbed and humiliated for a thousand years, needed to find themselves a hero, a symbol, an avenger, to whom to entrust the hope of a better life, indeed, I would say of a lifetime! But it was from these stories that I started looking for documented historical references or literary clues. Archival sources and historical bibliography have offered me a decisive contribution to clarity, even though police reports have a very different tone compared to the moving stories of the elderly. But in essence, Giosafatte was indeed an extraordinary character. He was really sensitive to injustice and willing to help the weak, but he was also cruel when needed. Giosafatte worked throughout the Sila, where, at the time, well-defined bands, small groups and even isolated individuals operated. Their deeds remain for the most part shrouded in the mystery of the impenetrable silane forests. The historical and geographical environment in which Giosafatte acted was the Sila some decades before the unity of Italy: the whole Sila: from Camigliatello to Taverna, from San Giovanni in Fiore to Panettieri. Giosafatte still lives today in the collective memory of Panettieri and neighboring countries, like the avenger of wrongs, the romantic defender of the weak. Giosafatte was a solitary and peculiar brigand: he killed only for revenge or to give back to the poor what the arrogance of the barons had taken from them. His ability in disguise, his culture and above all the foresight not to bind himself to too many bands for too long, but to have only two faithful friends: Felice Cimicata from Taverna and Benedetto Sacco from Castagna, made him an impregnable ghost, a living legend! Only a pact with the Bourbon monarch found him out of the silane forests. In 1845 King Ferdinand II, eager to give Europe a clean image of his kingdom, having found that with repression he could not get on top of the phenomenon and insensitive to social issues, which was a veritable obstacle unsurpassed by his mentality, he proposed to Giosafatte and to other brigands to surrender in exchange for a new and free life far from the Sila. Giosafatte thus was exiled to the island of Ischia where he had a house and a salary. He was then 40 years old and 40 others lived in complete tranquility in front of the sea! “.

Mario Greco was born in 1954 in Castagna di Carlopoli, a center of the Sila Piccola of Catanzaro. In the early seventies, he studied in Catanzaro and discovered the magic of photography; but a boy of twenty years also needs to escape from his country: the occasion is the attendance of a photography course in Turin. He takes his shots to a photo agency and receives a few coins that initially allow him to pay rent and eat once a day … for lunch or dinner!

In the evening he takes photos in the premises: customers are pleased to pose and receive, after a few minutes, the memory of a particular day. He manages to get noticed by a journalist who works with some music magazines. The proposal is tempting: to follow the most popular singers and rock bands in those years in the great concerts around Europe. Photographing Bob Dylan, Carlos Santana, Peter Gabriel, Genesis, Pink Floyd, and other pop complexes is an experience not to be missed.